Welcome to another post and this time its a little different... I'll be showing off some of my homebrew D&D content, the Jaegers of Zielen. This came about after chatting to a player who wanted to have a bit of a monster hunter feel but without being too 'The Witcher'. So I played around with some ideas and created the Jaegers of Zielen, a secretive organisation that operate around the Sowrd Coast (and sometimes beyond) under the guise of the Lords Alliance. I was a little hesitant to post this in case my players found something out I didn't want them to know yet but I think at this point most is common knowledge with them or its something that may have known out of game anyway. 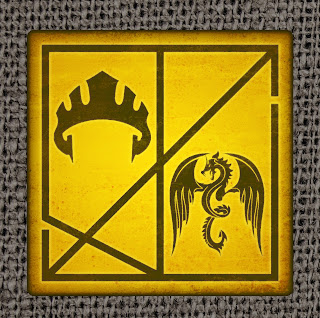 Throughtout the history of Faerun many heroic deeds have been told by Bards, tales of slaying great beasts that threaten villages, songs sung of cults stopped by the actions of an adventuring party, but some go unnoticed by the larger world. The Jaegers of Zielen are an Order that was created by the Lords Alliance to undertake dangerous missions around the Sword Coast and sometimes beyond that are secretive or perhaps best not known to the general populace.

They are said to have been created by a Gold Dragon named Ornathex, and have existed for almost 300 years. Ornathex, who is the head of the Lords Alliance, needed undercover agents to infiltrate suspects of a cult, one of the suspects was a Harper. Unsure of how trustful the Harpers were, the dragon decided to create a small secretive order that would do deeds should a quiet approach be needed. His first recruit was a half orc ranger called Zielen. Zielen was known for his quiet approach to hunting a quarry, be they a beast, a criminal, or evidence regarding dangerous activities with which to incriminate suspects. Ornathex tasked him with recruiting a small number of operatives to infiltrate and watch not only the suspect in the Harpers but other suspects, and soon they had discovered Cult tendancies among those they watched. It turned out to be they were worshippers of Tiamat, and without anyone knowing all were assassinated before they gained much support. 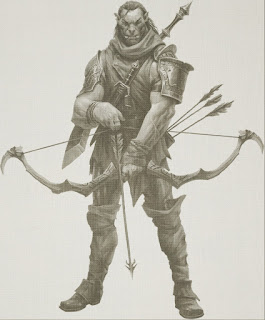 Ornathex saw them as being a great asset going forward, and through his own wealth had a keep built in a secretive location said to be towards the top of a great mountain range. None who try to leave the keep have survived the great distance they have to travel, and the location is still shrouded in mystery. To start with, only orphans were recruited to the Jaegers, but after time anyone who could prove loyalty and showed great talent would be allowed to test to become a Jaeger. Those who fail are kept at the Keep, either serving those who bettered them in the tests, cultivating crops that fee the Jaegers or other more menial tasks. They are also trained to an extent, should the Keep ever be attacked it can be well defended from the Jaegers themselves and those who serve them.

The tests are a gruelling time for new recruits. Mountain top runs along snow capped mountains, climbing sheer cliff faces frought with danger, wild animals desperate for food in an inhospitable environment and the snow storms that frequent the area. Only several may attempt the initiation ritual, usually no more than 5 out of 8-10 will pass. Despite it being a harsh test only the absolute best of these orphans will advance and become initiates.

It was around 40 years after the founding that Zielen fell in battle. Jaegers had been tasked under the guise of Lords Alliance agents to help lead a military assault against an underground threat in Mirabar. Undead numbers surged to an epic number, several entrances to mines there fell to animated beings and large undead constructs before they were caved in to hold them off. The Jaegers proposed a frontal assault while they infiltrated to find the source of the undead. While a large battle erupted in a huge cavern, Zielen found a Necromancer overseeing the battle. He was able to get close enough to put a blade through the Necromancers skull, before a huge beast, flesh hanging from its body and part of its skull exposed, grabbed the Jaeger and ripped his heart out. Most of the undead force dropped, the magic once controlling them now dissipated with the death of their master, but the small number of creatures that had allied with the undead forces retreated into the depths. Zielens body was recovered, and the beast that killed him slayed by the remaining 3 Jaegers who had accompanied Zielen. While none would know of Zielens heroics, the Jaegers became known as the Jaegers of Zielen in his honour. Hid body was burnt in a pyre in the courtyard of the Keep, Ornathex himself setting the pyre alight.
Overtime the recruiting process included more tasks as well as the physical endurance tests established early on. Puzzles, war tactics, fights against other trainees all becoming part of the program. Once a recruit becomes an initiate, they now train for 5-6 years even more intensely than during the initiation rights. They build up a knowledge of certain environments, learn history of the world as well as their Orders deeds and how odds were overcame. They are taught to survive on the most basic of items and how different races might act or can be swayed to help them should they need allies. They learn of military tactics, how different forces around the Sword Coast may fight and can be used to their best against a variety of enemies. Weaknesses that different beasts may have and can be exploited be they dire bears or hydras, and which tools to use for each job. 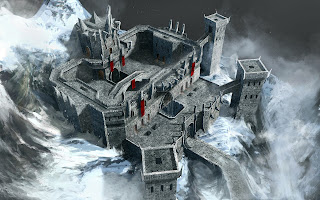 The Jaegers are taught by four mentors, all of whom are great warriors in their own right and are sometimes called upon to go on operations around the Sword Coast. They are:

Bael the Bear is one of the first individuals trainess will meet as they undergo the Rites of Initiation. Named the 'Bear' on account of his often exposed hairy torso, Bael teaches recruits how they must be versatile in the field and is a master at melee combat. He once disdained ranged weaponry but has grown to appreciate its uses over his 120 or so years since coming to the Keep and becoming a Jaeger.

Menshu Togafoot, a middle aged halfling whose smile can disarm many before a shortsword is swung. Menshu is a master in enemy psychology, able to read body language by seeing patterns and twitches and calculate how an enemy will act often before the enemy knows themselves. He is also able to implant ideas into the minds of enemies through psychology, faking movements to raise an enemies guard before striking from a different position.

Klandora Trayvex is an elven ranger who specialises in the hunt. Her tracking skills and ability to lay traps are legendary amongst the Jaegers, and her ability with the bow and reading the body language of beasts and monsters has become a great resource of knowledge for aspirants. Many Jaegers life has been saved by her lessons on how to survive with little to nothing in wild environments by this friendly if often stern elf.

Groten is an orc whose stature is second only to the Grand Master. The dark skinned orc is a master tactician in the field of battle, and whose skill with unarmed combat a favoured lesson by many at the Jaegers Keep. Groten, while menacing to look at, is also one of the most friendly of the tutors. An advocate that 'a little fun in a lesson is good for the spirit' he is often the tutor that a lot of aspirants will go to if their spirit is low or an issue has arisen.

Grand Master Horun is a mysterious figure to all initiates at the Keep. He has a presence than none other at the Keep have, a stern look always upon his face, the Grand Master does not teach any aspirant. It is only when initiates become a Jaeger will they converse with the still quiet Horun. His skill at using monastic combat is legendary amongst the few that have seen him in combat and no Jaeger has ever landed a hit on him. Only a few have even come close, and those few have gone on to become sdome of the best hunters the Jaegers have had amongst their number. Standing around 7ft tall but whose dwarven appearence belies his speed and strength, the Grand Master operates often and is tasked with the most dangerous of missions. Jaegers will occasionally seek his wisdom when they cannot find answers or have question to things. It is quietly told that Ornathex, the Ancient Gold Dragon and head of the Lords Alliance once asked to spar with Horun and not even the great wyrm could land a hit upon the Grand Master.

And there we are! The class is based upon the fighter but with a little more specialisation and also a custom version of the 'Grit Point' system that suits their training a little. If theres interest I can try and present the first 6 levels of Jaeger for others to try but bear in mind its designed for a smaller sized party of no more than four, my group is of three and it seems reasonably well balanced thus far. Let me know your thoughts, theres always room for tweaking but I will be post more homebrew content in the future.